Last week I received a phone call I partially expected. I no longer have a job.

It is not all bad news though as my employment had not ended on bad terms. Due to a decreasing workload they did not have enough work to give me to justify keeping me on and stressed that if work ever picked up they would bring me back.

As of writing for this I have applied to roughly 50 jobs Including one I have an interview for tomorrow which would be my childhood dream job. Servicing and building computers!

As far as 3D printing goes through my job search I have started printing a new prop to go on the shelf as well as painting the mini nuke cutaway replica from the  ever popular fallout series.

I also bought a Flashforge Finder 3D printer a month back to help me with multitasking my prints to save time! Obviously running two 6+ hour prints in parallel is far preferable to running two one after the other.

Here's some pictures of my works in progress thus far, expect full posts when they are done! 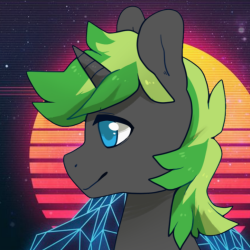 I recently Decided that my current Astroprint server running on my Pi3 was not really efficient for watching both printers. So yesterday I decided to setup my Pi as a camera server.To achieve the goal of putting all of…

Hi there and welcome to my newest space to share my creative endeavors. Firstly I am sure some of you have questions as to why I am moving away from Tumblr...…